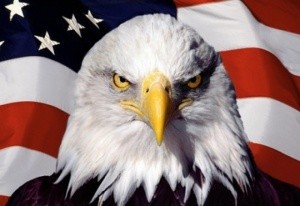 1 Radwan Masmoudi, Center for the Study of Islam and Democracy, USA

101. Khaled Chouket, Director of Centre to Support Democracy in the Arab World, Netherlands

As Arab and Muslim intellectuals and activists concerned about the promotion of democracy in our region, we urge you to reaffirmin words and actions America ‘s commitment to sustained democratic reform in the Arab world. It is our belief that the main problem with U.S. policies in the Middle East (in particular in Iraq, Palestine, and elsewhere) is precisely their failure to live up to America s democratic ideals of liberty and justice for all. We have been heartened by the strong commitment to liberty you had expressed in your November 2003 speech at the National Endowment for Democracy and then your second inaugural address, when you said that « All who live in tyranny and hopelessness can know: the United States will not ignore your oppression, or excuse your oppressors. When you stand for your liberty, we will stand with you. »

Despite some initial skepticism, those statements nurtured hope in our region. We realize that democracy is not easily attained and must ultimately come from within. But it can receive encouragement and support, both of which it badly needs today in Arab countries. The minimum support the people of the region yearn for is precisely what you have undertaken in your NED speech: to break with 60 years of US support for non-democratic regimes in the region, and to make that known to the world in unequivocal terms. This would be more consistent with the principles of the United States, which has, since its birth, been intimately connected with the ideals of democratic governance enshrined in its founding documentsideals that speak to all generations and peoples everywhere.

We know that some in the United States, worried by recent Islamist gains among voters in Palestine and Egypt, are having doubts about the wisdom of pushing for freedom and democracy in the Middle East . These worries are exploited by despots in the region to perpetuate the untenable status quo. However, there is no way to advance liberty without inclusion of all elements that are willing to abide by democratic rules, and reject violence. Democratic participation is the only way to combat extremism and pressure all groups, including Islamists, to moderate their stance in order to maximize their share of the vote. The US should continue to press for an end to regime repression of democratically spirited liberal and Islamist groups, and to emphatically distance itself from such repression and condemn it in the strongest terms whenever and wherever it occurs. We are confident that if Arab citizens are able to have their choice, they will choose democracy, freedom, peace and progress.

A return to the pre-9/11 status quo is not the answer. It will only embolden ruling autocrats, hurt Arab reformers, and damage America ‘s credibility. In the end, it will probably strengthen the very forces that America fears. The shore of reform is the only one on which any lights appear even though the journey demands courage, patience, and perseverance.

Perhaps emboldened by the impression that America is wavering in its support for democracy, some autocrats have recently intensified repression. This makes the need for sustained U.S. and international support and pressure more urgent than ever. The region needs to hear again that the course of freedom and democracy is the only course which America, guided by both interest and principle, will support.

To mention but one case where U.S. influence may do much good, Egypt has lately seen a regime crackdown on opposition activists. In February, the government postponed municipal elections and renewed the emergency law. The regime has not even spared Egypt ‘ s venerable judiciary which has steadfastly proclaimed its independence in recent months. And liberal opposition politician Ayman Nour, who was allowed to run in last years presidential election and won 7.6% of the popular vote, second behind President Mubarak, was arrested and sentenced in a murky process to five years in jail. The health of Mr. Nour, a dear friend and colleague of many of us, continues to deteriorate. We pray that you will take his case to heart and let the Egyptian regime hear your concerns. Hundreds of other activists (including doctors, university professors, journalists and civil society activists) whose only crime was to express their desire for freedom, continue to languish in jail and suffer torture and police brutality. This brutality often included sexual molestation and public humiliation of women activists and journalists by pro-government thugs.

As you have argued, the war against terror and extremism can only be won by helping Middle Eastern countries reform their closed political systems. As societies become more open, citizens can voice their grievances through legitimate, democratic means, making them less likely to resort to violence. You are right to believe that democracy and pluralism point the way to peace and moderation.

We hope that you will consider our words, recall how much is at stake in the Arab world, and ponder how costly silence and mixed signals can be when freedom is under assault. We entreat you to do everything you can to ensure that a small number of authoritarian rulers will not control the future of more than 300 million Arabs, more than half of whom are not yet 20 years old. Freedom and democracy are the only way to build a world where violence is replaced by peaceful public debate and political participation, and despair is substituted by hope, tolerance and dignity.