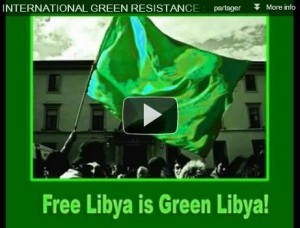 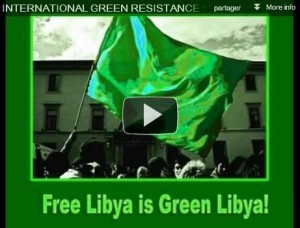 “The new roadmap of the UN envoy Ghassan Salamé gives a ray of hope for the establishment of a government with true popular consensus in Libya, but without the disarmament of the militias no viable political process can be launched”, RSC Senior Advisor, Amb. Mohamed El Nokaly, stated in an interview to Nile TV, a French-speaking channel in Egypt. Amb. El Nokaly served as Consul General in Benghazi and then as Egyptian Ambassador to Tripoli during the revolution in 2011. The most salient insights from his interview on the Libyan crisis are highlighted as follows.

LEAVE LIBYA TO THE LIBYANS
The UN and the international community as a whole have failed from the very beginning to introduce measures suitable to the Libyan case. Libya used to be a Jamahiriya, a unique political and social system, without institutions while the approach of the UN after the fall of the previous regime was a classical one tailored to a country with conventional institutions and structures. This led to the failure of the Shkirat process launched in 2105.

The ensuing government of Mr. Fayez al-Sarraj is recognized by the international community, but it has no legitimacy to the eyes of the Libyan people. The latter regards it as an imposition, which just serves the purpose to have an official authority in Libya to cooperate with in the fight against Daesh and in the migration crisis. This government lacks of the “social networks” that are fundamental to gain popular recognition.

The tribal structures and social fabric had been ensuring for over 40 years the balance on which the Jamahiriya was based, but they were destroyed by the military intervention military of the international coalition and, as long as the legitimate key players are not fully included in the political process, it will never be possible to achieve a broad agreement on a central authority with actual sovereignty over the Libyan territory and population. The UN-sponsored negotiations have never taken into consideration the will of the Libyan people, and the new envoy Salamé has vowed to chart a more inclusive course.

However, if the UN wants to recover some credibility should also leave the helm of the political process to the Libyans themselves, with no time pressure and not even interferences by external actors. A conclave-styled gathering of the real representatives of the Libyan society could be a successful format. They know their history and their territory better than anybody else, and they are best placed to address their own problems. The moment when “la fumée blanche” occurs, Libya will have a new government endowed with the necessary legitimacy to move forward with the stabilization and the reconstruction of the country.

Libyans need nobody to decide on their behalf. There are too many countries intruding in the Libyan affairs, seeking to advance their contrasting goals oblivious of Libya’s interests. The result is that there are too many players on the scene and too many proxy wars being fought in Libya, and this further exacerbated the internal rifts and power struggle. Moreover, there are too many international organizations involved – the UN, the UE, the African Union, the Arab League, and others –, which do not leave room for a genuine intra-Libyan reconciliation initiative. The international community has the duty to ensure that the Libyans will find a solution among themselves, not to impose solutions to the Libyans. Without time pressure and external interferences, the traditional tribal mechanisms alone would be able to achieve a settlement.

DISARM THE MILITIAS
The UN has adopted an inappropriate approach also on the question of the militias. You cannot expect to have democracy, elections, and referendums in the presence of non-state armed groups colluded with Islamists and terrorist groups. They constitute a permanent security threat. Recently, this threat has diminished, but it is still strong and out of control.
A viable political process needs proper security conditions to develop, and security can only be restored by a strong central authority. The UN difficulties to facilitate the establishment of a Libyan government that could rely on a wide popular consensus and a regular army, has made so that neither the security nor the political issues have been addressed to the benefit of the militias.

The new UN envoy seems to be intended to change approach and, if a true government is installed in Tripoli, security and disarming the militias will have to be its top priority, as a precondition to advance the political process.

The disarmament of the militias should be carried out by adopting a holistic approach, entailing the reintegration of the militiamen into the society. Most of them are young Libyans who have been marginalized in the new course, while a good number of the previous regime’s members has been able to place themselves therein. The youth must be engaged in the new dialogue promoted by the UN and must be part of the national consensus underpinning the institution-building process.

MIGRANTS AND INTERNALLY DISPLACED
The problem of the illegal immigration is not meant to stop. Italy has cut an agreement with local militias to stop the flow of migrants across the Mediterranean, but migrants from Africa will continue to arrive and Libya will probably explode anytime soon. At the same time, Libya has to cope with the problem of the internally displaced persons. Among them, there are many young people who could not fled to Egypt, Tunisia, and Malta due to lack of money or for family reasons, for instance in case of parents or relatives with diseases.Regrettably, hospitals and the health services are in deplorable conditions, and the same applies to education. Youth unemployment is increasing and this means that Libya is facing a huge social predicament of which militias, as well as terrorist and criminal groups, continue to take advantage.

EGYPT’S CONCERNS
The concerns of the neighboring countries about the fallouts of the Libyan crisis are understandable, primarily on security grounds. Egypt, for instance, shares with Libya a 1050 km-long frontier that is largely uncontrolled and liable to cross-border infiltrations by terrorist and criminal groups. Egypt cannot afford to have a destabilized Libya as its neighbor, and it is supporting Haftar because the regular Army has greatest capabilities to confront Islamist militias and terrorist groups.

Egypt’s concerns are compounded by the security vacuum in southern Libya. Fezzan has turned into a safe heaven for militants from ISIS, al-Qaeda, Boko Haram and other terrorist aggregations coming from Sub-Saharan countries. Even the Tuaregs from Mali took refuge in the south due to the French military operation. Fezzan is also an enclave for criminal groups, and all this must be added to the local tribal strives. The situation is worsening day by day, although the international community continue to keep a blind eye and forget the question of southern Libya.