Revealed: Secret MI6 plan to spirit Gaddafi out of Libya so he could live out his days beyond the reach of international courts

The MI6 plan would have placed the dictator ‘in retirement’ and out of the reach of international law in oil-rich Equatorial Guinea.

It was regarded as an option for ending the devastation and loss of life during the rebel uprising and subsequent international assault by Nato forces including Britain in 2011. 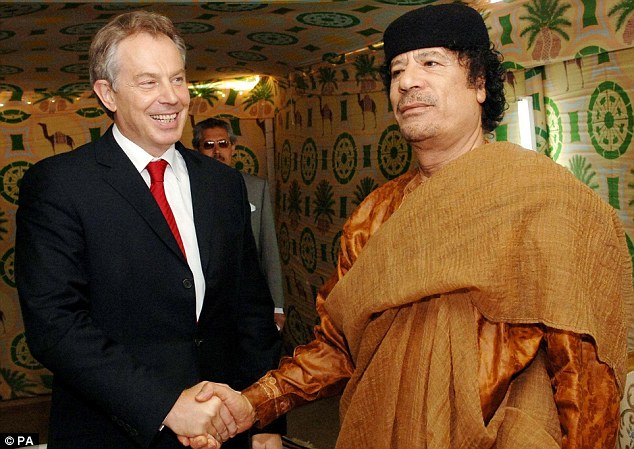 History: Former British Prime Minister Tony Blair meeting Colonel Muammar Gaddafi back in 2007 – it has been revealed that Britain planned to take Gaddafi out of Libya 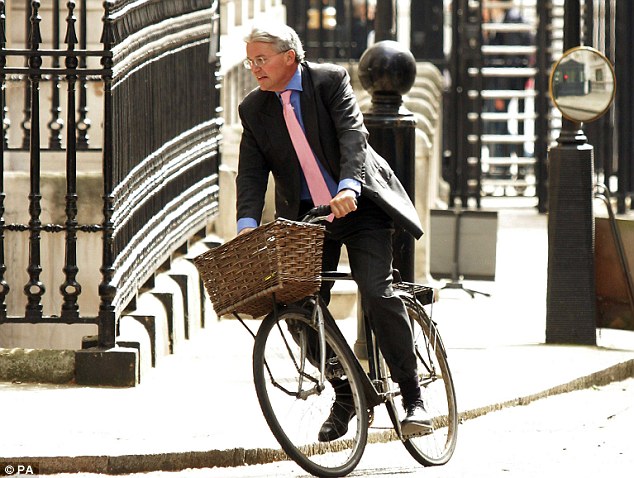 Flying in: Then Development Secretary Andrew Mitchell had visited Libya to discuss options for Gaddafi

During the fighting, Andrew Mitchell, the then International Development Secretary, went to the notoriously corrupt West African country to build contacts with the regime, it was reported.

When contacted by the Mail last night Mr Mitchell declined to comment. However it is known that he attended an African Union meeting in Equatorial Guinea on behalf of the Government to drum up support for its policy on intervention in Libya.

The conference took place in June 2011 in the capital, Malabo.

Asked last night about the report, an intelligence source conceded he was ‘not unfamiliar’ with the suggestion of such a plan.

The belief at the time was that it was an option that Equatorial Guinea might have been prepared to accept.

Members of Gaddafi’s immediate family, including his second wife and three children, fled to Algeria during the conflict carrying some of the regime’s vast wealth in gold bars. 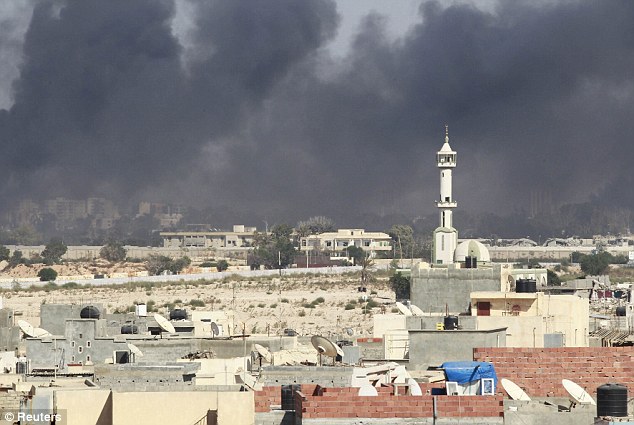 Bad memories: The sky filled with billowing smoke was a constant visual during the Libyan troubles of 2011 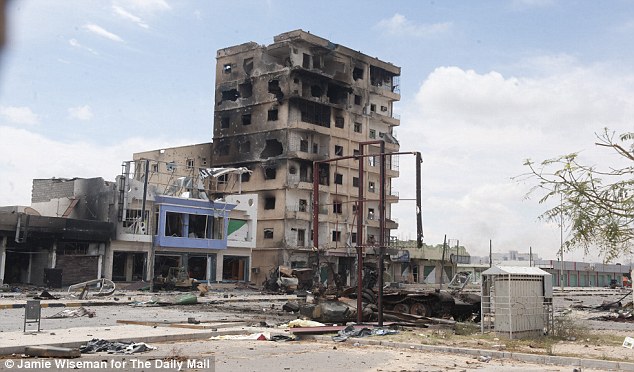 Horror: One of the burnt out buildings of Tripoli street brings back harsh memories of the Libyan troubles

As the conflict ended, Gaddafi disappeared only to be killed in October 2011 as he tried to flee to neighbouring Niger.

The details of the Gaddafi exit strategy are disclosed in ‘In It Together’ by Matthew d’Ancona about the Coalition Government. The book is being serialised by the Daily Telegraph.

He writes that the plan was drawn up during the bombing campaign by US, British, French and other forces in the aftermath of the Arab Spring. British officials considered whether he could remain in Libya but this was ruled out because it would face opposition from rebels on the National Transitional Council.

He writes: ‘There were signs that the Colonel might accept some form of internal exile – as long as he were allowed an adequate protection force to ensure his security.’

‘Not surprisingly, this was dismissed as impractical.’

The Cabinet Office and MI6 then ‘prepared an exit strategy for Gaddafi in case it was necessary to strike a deal and to end the conflict.’ 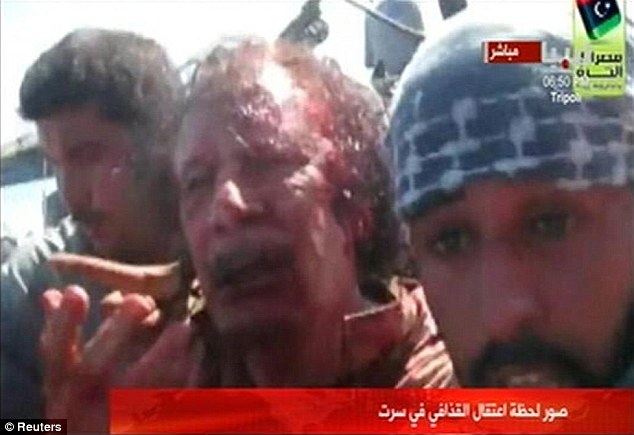 All over: Video footage showed the final few moments in the life of Gaddafi

Equatorial Guinea ‘was chosen as a prospective retirement home’.

Mr Mitchell, the book claims, ‘was able to assist the officials tasked with these delicate contingency plans, helping make the necessary contacts in the capital, Malabo, and elsewhere’.

The 50-car convoy carrying Gaddafi and his retinue was bombed by French fighter planes and then cornered by rebel fighters. The dictator was tortured and killed.

It has been claimed that he was under escort from a group of South African mercenaries at the time, and that the escape attempt had the tacit support of Western countries. 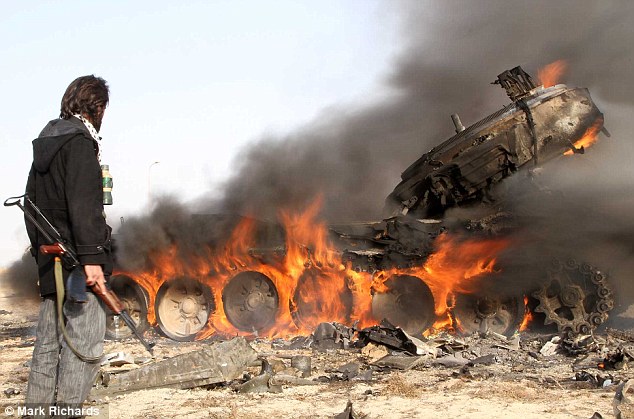 Libya at war: The uprising against Gaddafi ended up involving Nato – and it has now been revealed Britain planned to whisk the dictator to a ‘safe haven’ 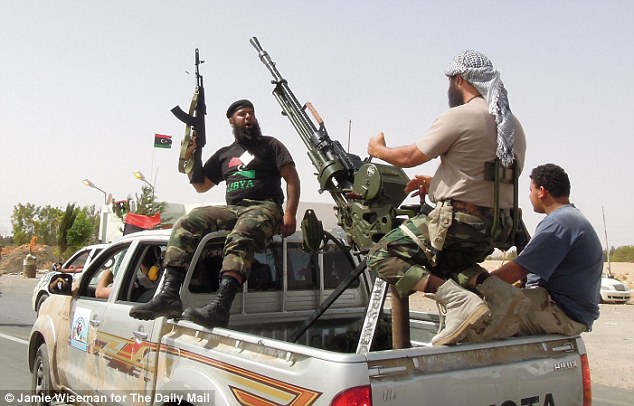 Victory: Rebels waged a determined fight against the Libyan leader, and ended up getting what they wanted

Equatorial Guinea was the subject of an attempted coup in 2004 led by the old Etonian Simon Mann.

The so-called ‘Wonga Coup’ was disrupted when a group of mercenaries was arrested in Zimbabwe prior to entering the country.

Had Gaddafi made it to Equatorial Guinea, international prosecutors would have been unable to put him on trial for the abuses against his people during his 42-year reign.

Placing dictators in ‘retirement’ is not without precedent. Idi Amin, the Ugandan dictator, fled his country in 1979 and lived out the rest of his life in Saudi Arabia